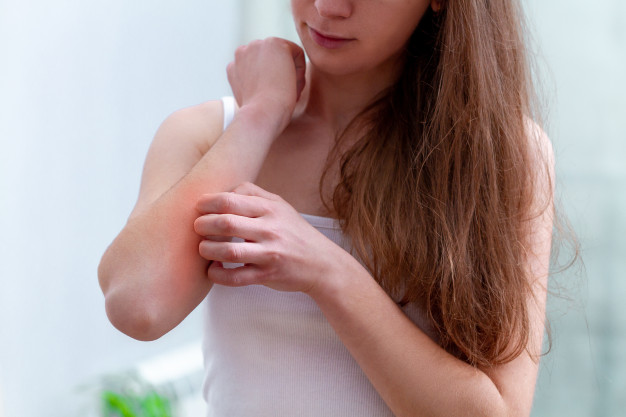 Psoriasis is an autoimmune disease affecting nearly 80 million people around the world. Patches of skin become compromised by redness, itchiness, and a scaly-like appearance. Those dealing with more severe cases are also apt to developing psoriatic arthritis. While there is no known cure for psoriasis, there are precautions made available to curb the discomfort and symptomatic appearance of the affliction.

Symptoms of both psoriasis and the accompanying arthritis are rather clear when it comes to appearance.

It includes the following:

There is not a concrete reason for why people develop psoriasis. However, multiple theories exist as possible causes of the disease.

Psoriatic Arthritis and some of its treatments can lead to:

While psoriasis can be an annoyance on a number of levels, there are measures available to combat the potential discomfort emanating from the disease. Here are multiple choices one could attempt in order to prevent a flare-up:

Though not an overly strenuous activity, walking is an effective measure in a number of ways. The activity builds collective strength, and maintains joint flexibility. Those suffering from psoriatic arthritis are more prone to considerable joint stiffness. This exercise works best when in short intervals (10-15 minute spurts). Gradually, one will then want to lengthen the period of walking time.

Cycling is also a quality option. As opposed to running, it lessens the impact on one’s joints — whilst also building up endurance. An individual may cycle out on the roads, or inside within a gym environment.

The act of swimming in a pool also has many benefits for those struggling with joint stiffness. Swimming helps to strengthen the afflicted joints, builds body strength (particularly in the limbs), and also relaxes sore muscles.

One must heed caution when it comes to general soreness. The building up of endurance and general strength will come gradually. As such, easing into a physical activity — particularly if its foreign — is highly advised.

Both Yoga and Tai Chi are proven methods aimed at lowering one’s respective stress level. From a physical standpoint, each provides much-needed benefits for those dealing with arthritis.

Tai Chi is rooted in fluid, circular movements. One’s mobility will (in theory) be enhanced with this activity. It is also attempted in a serene environment.

Yoga — akin to Tai Chi — is presented within quiet parameters. Stress is often the culprit of a psoriasis flare-up. As such, the calming nature helps to prevent against such an occurrence. Yoga also aims at utilizing controlled movements, stretches, and deep-breathing exercises. This works well when combating the rigors of inflexible muscles, sore joints, and body pain.

Studies have suggested implementing a diet incorporating fish oil — as well as salmon and herring. The consumption of whole grains, fruits, vegetables, and olive oil are said to also help.

One should avoid high amounts of daily, red meat, and alcohol.

If your own preventative measures are not enough, seek treatment with a proper professional as soon as possible to prevent further damage. 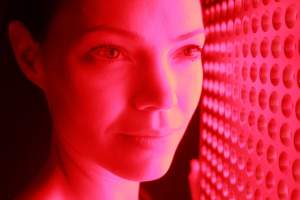 Where is the fountain of youth? Does it actually exist? For thousands of years, people all over the world have been trying to do anything… 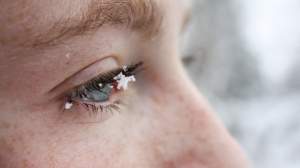 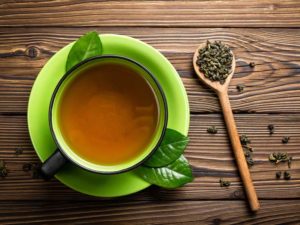 Eczema is a skin condition millions around the world deal with. Aside from the slight discoloration it offers, eczema also has a tendency to create… 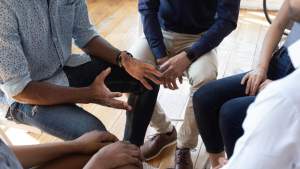 Unfortuantely, alcoholism is a disease which impacts millions of people across the world. It not only can adversely hinder the alcoholic, but also those surrounding… 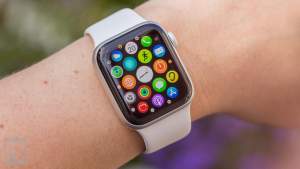 A number of companies have been producing trackers aimed at charting one’s health progres. The goal is to allow the individual to monitor their progress… 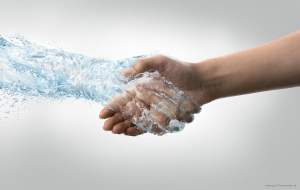 There are roughly 8 million people across the United States that suffer from uncomfortable hand sweating. The excessive hand sweat condition is more commonly known… 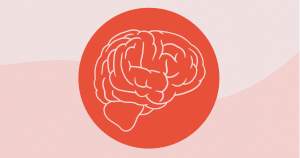 Millions of people around the world unfortunately suffer from some form of depression. There are varying treatments available — though it’s not a guarantee that…